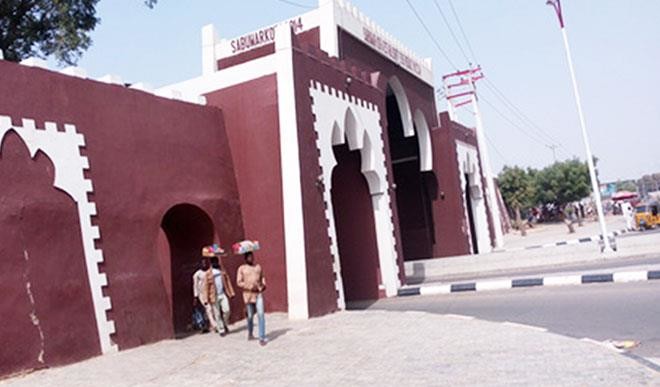 UNESCO World Heritage Sites in Nigeria you should visit

There are many UNESCO World Heritage Sites all over the world that attract millions of visitors and tourists. Nigeria no doubt is among one of the few countries that possess these amazing sites. Most Nigerians do not even know about these wonderful sites Mother Nature has blessed us with. Because of the lack of knowledge, most of us are haven’t gotten to discover these historic sites, let alone to visit them. That’s why this article was brought up to enlighten you on Heritage Sites around Nigeria. These are really captivating and educational places full of fun and discovery and we’re certain you won’t want to miss out.

This sacred forest which is the home of the goddess of fertility is situated along the banks of the Oshun River on the outskirts of the capital city of Osun state, Osogbo. Osun Osun-Osogbo sacred Grove has wonderful features like; sculptures, artworks, shrines and sanctuaries which are in honour of the local deities ad goddess. A yearly festival is always held at the Grove and is said to bring thousands of worshipers from around the globe and not excluding tourists too.

Oban Hills which is situated in the south-south zone of Nigeria, Cross River State to be precise, is an amazing hill full of natural habitat for wildlife and plants of rare species. The Hills which shares a border with the Korup National Park of Cameroon is one of the few sites that unusual species like Bat Hawk, Crested Guinea fowl and even Xavier’s Green Bull can be found not excluding Chimpanzees as it’s said to be housing over 400 of them. Oban Hills is definitely a place to behold.

The Arochukwu Long Juju Slave Rute was formerly an outlet for slaves who were caught within the Eastern zone of Nigeria and are to be transported to Calabar. This Juju Slave Route is found in Abia State, Nigeria and is the home shrine of Ibin Ukpabi, with a domineering cult statue of a god named KAMALU.  The heritage site contains features like waterfalls and a six-foot gully pathway.

This park is the country’s largest National Park and it’s situated with the Mountain of Death, Chappal Wadi and Mountain of Wind, Chappal Hendu. It is said to have lots of traditional lore that have served to protest West African’s huge number of primates and houses giant forest hogs, chimpanzees, leopard, lion, hippopotamus, yellow-backed duiker , hartebeest and buffalo and birds. Its diversity brings thousands of tourists from around the globe each year.

The Ancient Kano City Walls is a 14km radius earth monument that is associated with the state historical, cultural and spiritual significance. The Wall was once regarded as the most impressive monument all around West Africa. Its features include the Emir’s Palace, Kurmi Market and also the famous Dala Hills, which is believed to be the first settlement in the ancient city of Kano.  This wall was designed by Nigerian architects in order to define defence, political space, management and security system. Without doubts, the Wall is still one of the most monuments in the whole of West Africa.